Exploring the process from grape to glass in Sonoma Valley, California

Winemaking is as ingrained in California heritage as the Gold Rush and Hollywood. But beyond a few tasting rooms in the Bay Area, my wife and I craved a better understanding of wine. We had so many questions: Why is wine so diverse? What makes California on par with France? Having exhausted what we could learn online and through books, we were determined to learn by experience.

We traveled to the epicenter of California winemaking: Sonoma Valley.

Our goal was to see how it all works over the course of three days: from soil to press to barrel to bottle, across five different wineries.

We started our weekend at Benziger Family Winery, uniquely heralded as a biodynamic estate. Our guide, Jack, was in his fifth decade of winemaking and wasn’t stumped by any question.

When asked what went into a biodynamic winery, he answered simply, “We’re putting nature back in the driver’s seat.”

Viewing the mountainside winery from an overlook revealed 31 soil compositions optimally matched to their vines. Miniscule differences in sun exposure, cover crops and microclimates each play a part in the growth of the variety.

“When you taste wine, you’re tasting the vineyard,” Jack noted, highlighting the value of quality soil.

The practice of biodynamic farming goes beyond avoiding pesticides. Every piece of the property plays a part in the life of the vineyard: flowers and succulents are precisely planted to employ the right insects and deter the wrong ones. Of the 85 acres of the Benziger vineyard, only 40 were used for winemaking—the rest hosted other crops, livestock and plants to balance the soil. Biodynamic isn’t just the highest certification of organic farming; it is a way of life for a sustainable vineyard.

One hundred fifty years and counting

Gundlach Bunschu, Buena Vista and Valley of the Moon wineries have endured for more than 150 years. With an extensive legacy, each vineyard has seen their fair share of victories and difficulties. Resiliency is a part of their DNA as they continue to thrive following crippling events such as a root parasite epidemic in 1873, the 1906 San Francisco earthquake and the equally apocalyptic effects of Prohibition from 1920 to 1933. Each emerged as stalwart crafters in the busy Sonoma Valley wine scene.

Our guide, Rob, at Gundlach Bunschu graciously welcomed guests through the estate. From wine cellar cave to vineyard, Rob described each step of the winemaking process, and poured us both a glass to punctuate the vineyard’s tradition and innovation. Like other small-batch estate wineries, Gundlach Bunschu produces wines composed of unusual varietals typically used for blending. Their Cabernet Franc and Tempranillo in particular delighted us. 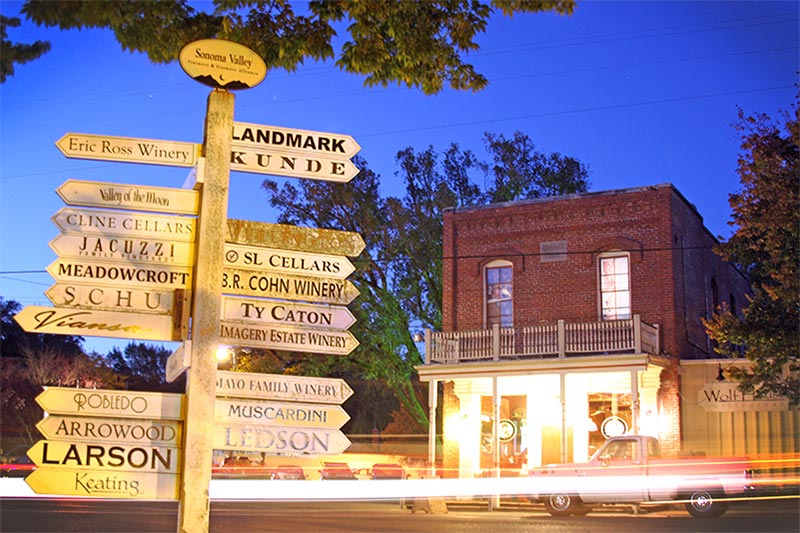 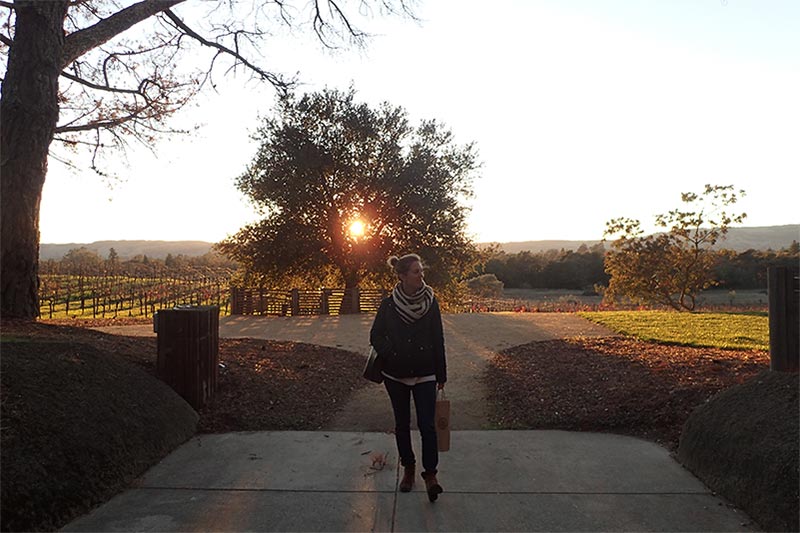 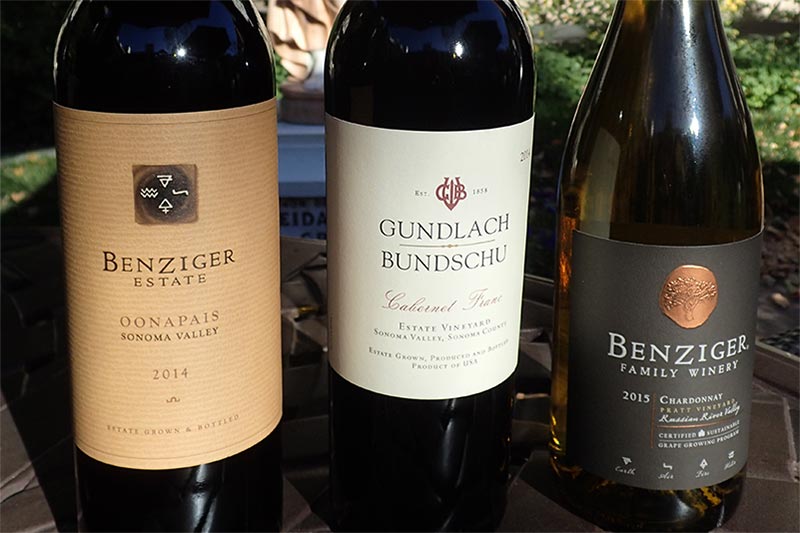 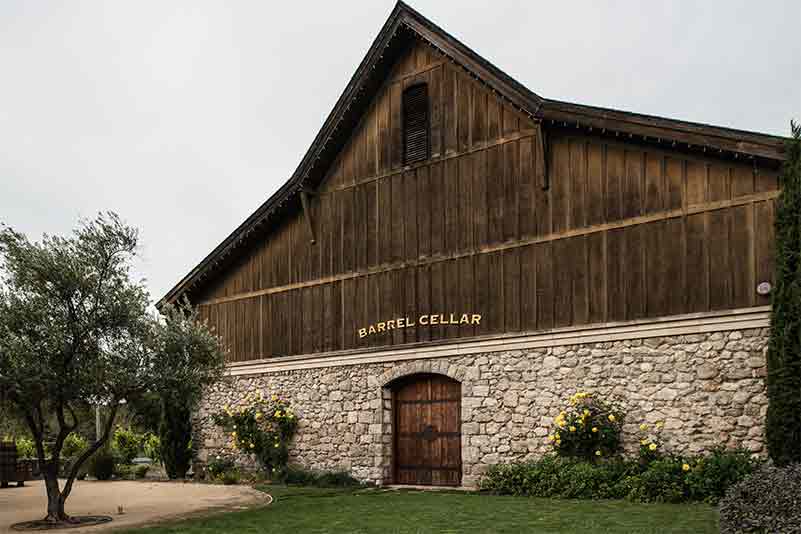 Next, we visited Buena Vista. This is the oldest premium winery in California (“premium” referring to the style of grape brought over from Europe). In 1857, its founder, Agoston Haraszthy, recognized that every varietal of grape grown in Europe could flourish in Sonoma Valley. The world watched and learned from his successes and setbacks.

Setbacks included the phylloxera epidemic that nearly destroyed two continents worth of vineyards. Through global efforts of trial and error, winemakers discovered the solution, which we learned involved grafting American rootstock to European vines. The depth of history was fascinating.

Our guide at the Valley of the Moon Winery described the important effect wine barrels have on aging and flavor. James, a fourth-generation resident, described the relationship between unsung heroes known as coopers and winemakers. Coopers—every bit as artistic as winemakers—are the people who make wine barrels and have a distinctive process, and material and flavor finish preferences.

“You don’t get good wine without great coopers,” he remarked. As much as 20–30% of a wine’s flavor comes from the barrel itself. More than a storage unit, this microenvironment rounds out the wine by contributing the non-fruit tastes and aromas. Winemakers know their fruit, and they select specific coopers to craft barrels that best complement the flavor profile of the grape.

All about the details

Bob, our veteran guide at Ravenswood, welcomed the opportunity to enhance the knowledge of two budding wine enthusiasts. We felt almost like real winemakers after a world-class barrel tasting. Winemakers sample from barrels midway or toward the end of the aging process to determine flavor and readiness for bottling. This helped us realize the importance of the barrel and the winemaker’s blending decisions to evoke the intended nose and finish.

We discovered more strategy to the vines than I’d ever expected. Merlots are intricately pruned and spaced to allow for precise, balanced flavors. In contrast, zinfandel vines are as wild and unruly as they taste. Variability in the harvest leads to the robust flavors that Ravenswood zinfandels are so known for. As owner, Joel Peterson, would say, “No wimpy wines allowed.”

Beginning of a lifelong appreciation for wine

At the end of three days, we left with nearly a case of wine and a download of experience well beyond our years.

Due in large part to our guides at each Sonoma Valley winery, it took neither a degree in viticulture, nor an expensive wine course to become more well-rounded enthusiasts. The welcoming and approachable atmosphere sealed Sonoma Valley’s reputation as a world-class destination for winetasting.

We started the weekend as wine novices and left feeling closer to experts. Of course, we’re willing to do more research in the name of education.

Discover what winemaking is all about in Sonoma Valley.